CEF’s children recently had an outdoor activity, 'Water Safety Day', which was very useful and fun for them. This year I was very happy that the children from the mountainous areas we work in could join our WSD. Although they have been sponsored for quite a long time now, they haven’t had a chance to take part in CEF's WSD because of the great distance from their homes to the beach. They had to come one day early to attend WSD and stay overnight. 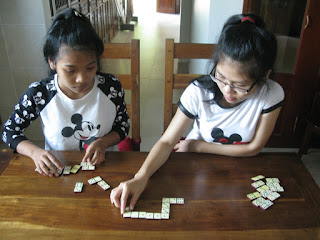 Two girls from the mountains at CEF learning to play dominoes

We broke the children into a group of those who could come early and those who had to travel long distances and couldn't arrive before 8am. When the first group of children arrived at the beach early they looked very excited. After changing and putting on sunscreen they started with studying water safety theory before going into the water with the humorous teachers from Swim Viet Nam. This year, we had some gifts for the children who answered the theory questions from the teachers correctly to encourage them to communicate about water safety more as well as to help them remember the lesson.

Swim Viet Nam prepared more beach games this year and our children joined in enthusiastically. Some of the children didn’t bring their clothes to change into after swimming, but they still jumped into the water to join the games and swimming as the games looked so appealing.

The WSD does not only help CEF’s children know water safety theory and how to float and swim, but also gives them more chances to communicate with other children who also are helped by CEF. It's more and more fun for the children every year and they are getting on so well with each other. WSD is also a day when our children can relax after a year of studying hard at school. 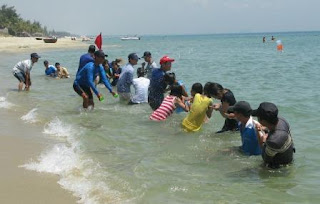 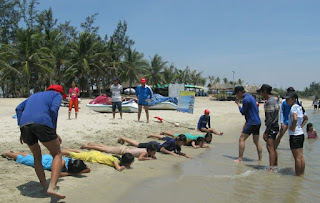 Beginning of 'Grab a Thong', a game with similar rules to  Musical Chairs' 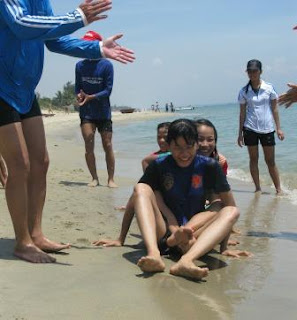