I love the way this little girl writes her letter to her sponsor; it’s very simple and honest about her feelings. Although she’s just in grade 5, she is a very thoughtful girl.

Many children like Tet as they will have new clothes, but this girl likes Tet because this is the only time when her family gather together. I can understand her desire as her mother and her brother work far from the family home, and her sister studies far away too. She stays at home with her brother and her granny lives nearby. For this girl, at Tet, the most importance thing is to be with her family.

......How are you? I am well. I have just finished my term 1 examinations and I am now looking forward to my Tet holiday because my mother, my sister and my brother will come back to the family home for Tet, and it will be a very happy time.

I hope you are always in good health, happy and successful....... 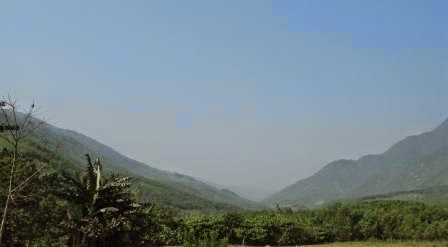 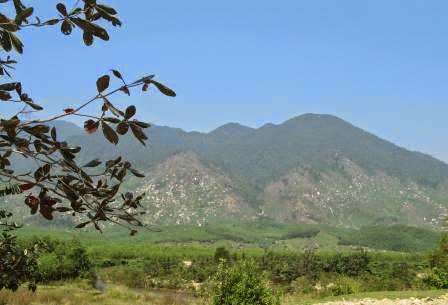 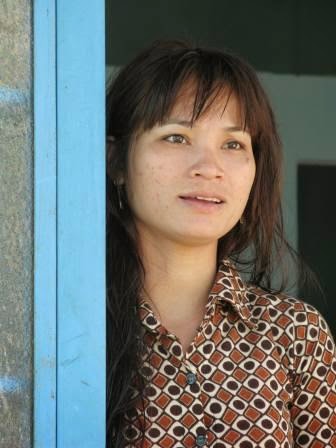 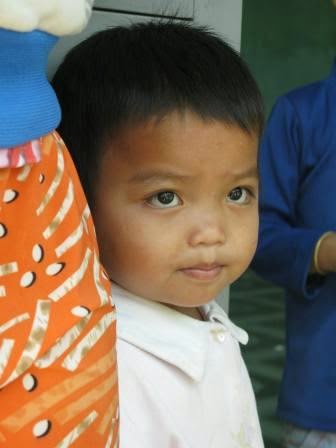 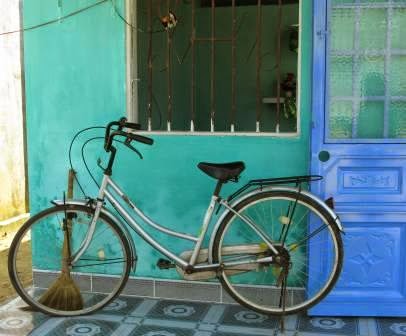 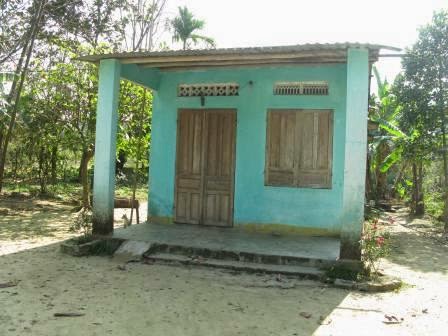 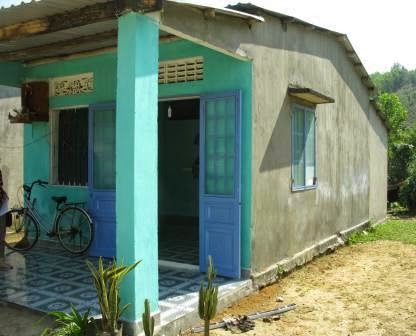 We are proud to share that one of our CEF girls did a wonderful poster in a 'Disaster Relief' art competition. 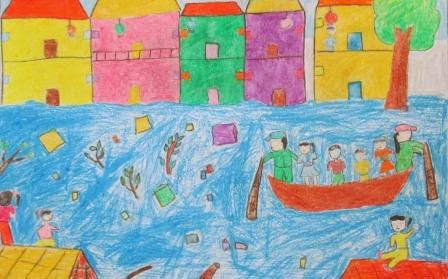 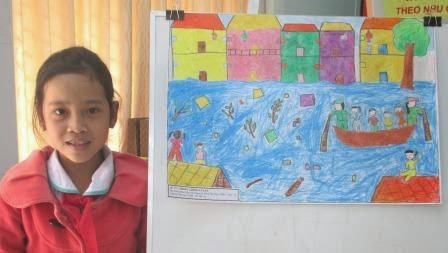 SEEDS ASIA is running a short term project in Quang Nam on 'Disaster Relief'. They have been talking to local residents and students in schools and so far have visited 6 schools; 3 primary and 3 secondary.

They recently had an art competition for a poster at all these schools and the students sent their posters to SEEDS ASIA. Our CEF student won second prize and was rewarded with a certificate, rain coat, school bag, cap and some booklets about 'Disaster Relief'. She was very brave and made a little speech too. 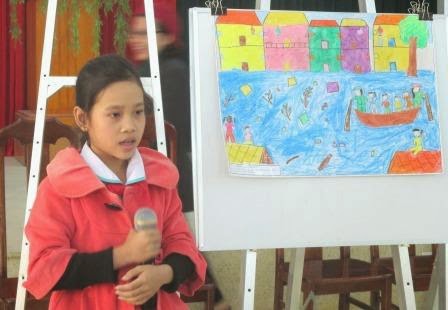 This project that the Japanese NGO SEEDS ASIA, has been running in Quan Nam is a capacity building project for students and local residents around Quang Nam to help prepare and better equip them for disasters . This is an excellent and needed program as the adverse weather conditions in Quang Nam do result in many disasters.