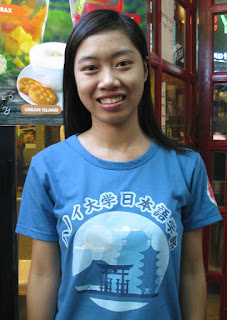 A lovely, determined and strong lady is what I see in Q, a 19 year old girl CEF student from the community we work with in Thai Binh province. I have had several chances to talk with Q via facebook and phone calls, and I was still impressed by talking face to face with her.
Q is from a poor family with challenging circumstances. Her mother had brain cancer for a long time and died shortly before she was due to start university in Ha Noi. Her family had quite a difficult situation at that time as her mother‘s health was seriously deteriorating. Her brother has mental illness too. Her brother suddenly became mentally ill 5 years ago just after he had passed university entrance exams in Ha Noi, and with high results too. He had to have 'treatments' which have still left him with mental illness, and her family is quite sad about this.
Then, her father, whose health is not good, has had to become the sole breadwinner of the family. Q and her younger sister helped a lot with household chores and looked after their mother in her last months. At the time Q applied for university her mother’s health was deteriorating. All the relatives and neighbors, except her beloved father and auntie, strongly did not want her to go to university because of her family situation. They asked her to stay home and take care of her mother as well as work in the local factory to support her family. She was under stress at that time and struggled to make a decision. She loves studying and she thirst to have a university education. According to her, it is the only way to change her life and support her family in the future. However, while making her decision she always thought of her family - her unhealthy father, nearly dead mother, her mentally ill brother and lovely younger sister. She was in a difficult situation in which to make a decision for her future. She then knew that she passed university with a high result. I really admire her because under those hard circumstances, she did not neglect her studies and made the required efforts to pass university, and with an excellent mark.
Her village is a small one so they discussed and talked about her and her family’s problems every day. She knew that. They  talked badly about her and the only two who always supported her were her father and auntie. However, she was very determined and decided to have  a university education although there were a lot of obstacles waiting for her. She overcame all gossip in her neighborhood and ignored their criticism because she strongly believes that education is the only, and the best way to escape from poverty and have a better future.
She is a good example for a lot of girls in her village. I am proud of her whenever I talk about her with others.

*Note: This student needs a sponsor or two to help her through university. Please contact CEF if  you can help. c.e.f.vietnam@gmail.com 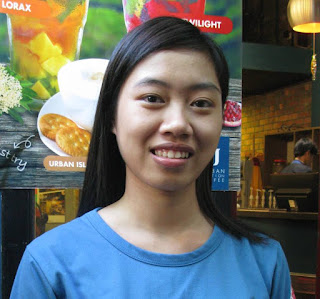