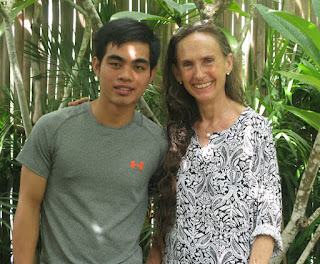 Fortunately he won't read this as it would embarrass him....

I remember him as a shy and timid little boy shortly after he lost his remaining parent. At the time I visited him, he and his two sisters were in the family home; a tiny run down house that was urgently in need of upkeep and cleaning. He looks the same now as he did then but now he is obviously a lot taller.

His sisters decided to drop out of school and work. Soon after they married into the local farming community and have their own families. He was taken in by his uncle and his family. They have loved and cared for him as if he was their own.

He came to CEF this week to complete with us as he has finished his college lectures in engineering. We wondered if he ever would get through school, so we are proud of him for hanging in there and getting through both high school and college. He just has to work on one assignment now and then he gets his qualification! 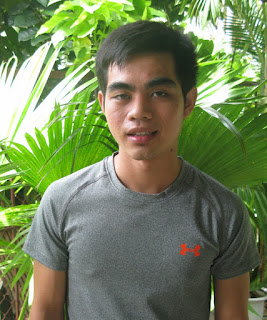