Dai Loc home visits in the mountains - By Ngoc

We have had a lot of home visits trips to do to many areas where our CEF children live. However, the trip to Dai Loc gave me the strongest experience of all.

We started so early because we had a lot of children to visit and also the distance from Hoi An to Dai Loc and the distance between each child’s house is rather far. Three guests from Global Platinum, a company in Ho Chi Minh City that sponsors some CEF Hoi An and Dien Ban children paid a two day visit to Hoi An and were interested in joining us on our trip. Unfortunately, the weather did not treat us nicely; it was so wet and rainy a lot on that day so it made the trip challenging and less exciting. On the way to the mountainous area of Dai Loc, we got lost and then we got flat tire in the rain. Poor us and also the driver! 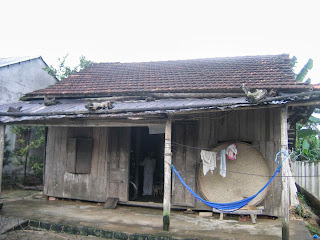 We just faced the obstacles at the beginning and then everything was all right. I was shocked by the standard of the structures of Dai Loc families. Most of the houses we visited were so unstable and could easily fall down if there is any typhoon or cyclone. 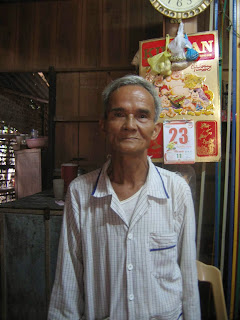 We had a chance to visit a child who lives with her maternal granddad and disabled aunt in a wood plank and matting hut in the flood zone. Her father died when she was one year old and her mother re-married and moved to Binh Duong, in the South of Viet Nam seven years ago. She has not come back to visit her family yet. 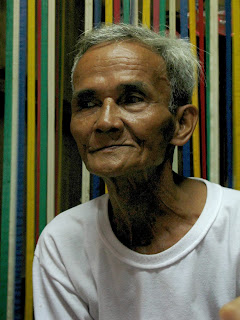 The granddad told me that in the rainy season they always have to be ready to move next door because they do not know what would happen if a storm or flood came. He is over 70 years old and he is also the breadwinner of his family so he is under a lot of financial pressure. He is a traditional old man so his ideas and concepts are rather outdated. He told me that he felt powerless because he could not have a stable shelter for his daughter and grandchild to live. When the weather becomes bad, he has to move everything and also sends his disabled daughter and his grandchild to the neighbor’s house. Seeing them walking under the rain and carrying many other household items he wishes he had a stable house to live in but he knows that it is impossible. 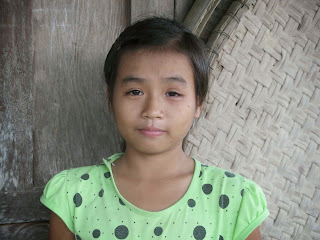 I felt sympathy for him because according to his point of view, as the pillar of this household he cannot protect his family. Nevertheless, he tries his best to afford to send his grandchild to school and tries to work sometimes to make a living even though he is old and not well now. I admire his attitude.

This is just one typical case in Dai Loc and the other families live in similar circumstances. However, they always try their best to overcome these obstacles and believe in a bright future. They do believe that with education, their children will have more opportunities to be successful and to have a better life as well as be much less likely to have one of poverty. I like the way they live with an optimistic attitude.