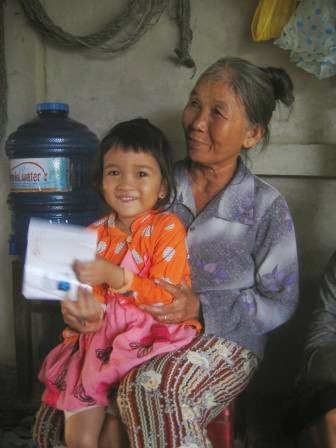 When CEF met the grandparents and their youngest grandchild the three of them lived on the edge of the river, where their hut was prone to flooding. 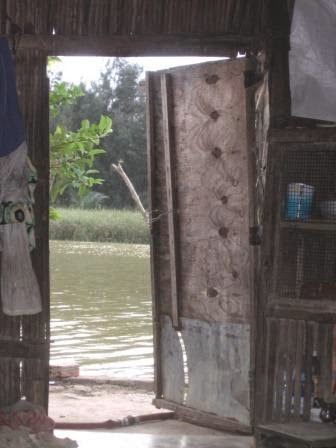 Their basic shack did little to shelter them from the elements and they all suffered with health issues from the cold and damp in the winter, and the extreme heat in the summer.

The only wonderful thing about their shack was that it got the cool summer river breezes, and had wonderful views year round. 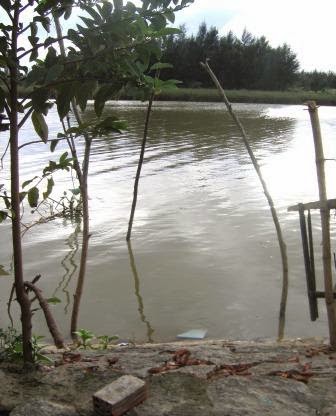 They needed a new safe home, for themselves and the little one, but the grandparents had no savings and lived hand to mouth. When we met them they had only recently taken on the care of their granddaughter, who was considered an 'orphan' in Vietnam, although she still has a living parent, she just didn't have one who cared for her or looked after her.

Granddad's son who is a builder and lives in Phat Thiet, came to help out, by supervising the builders, but also did most of the building himself, to save his parents money. 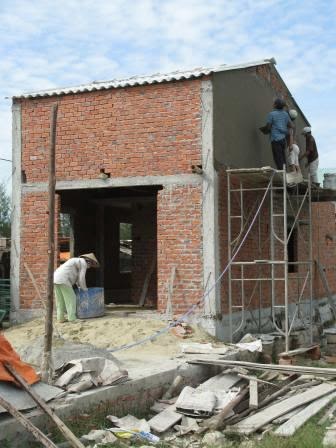 When we visited in the summer the house was going up very quickly, and when we visited at the end of the summer it was complete and they had settled in and the little one was bursting to show me around her new home.

(This photo is by Australian professional photographer John Cushion)

It was so wonderful to see them in a safe and solid house that wasn't going to be subject to flooding and knowing that they would not be vulnerable to the elements. 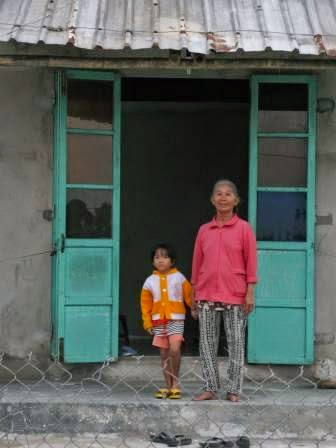