Hello, my name is Pam Moreton-Caldwell and I work in Mental Health Services at Morisset, near Newcastle, NSW. I also live in Morisset with my husband Wayne and my youngest son Drew. My oldest son Kris lives nearby. 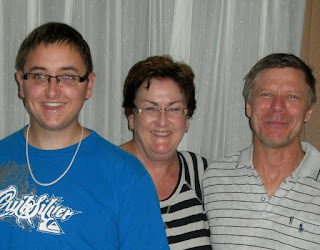 While holidaying in Hoi An in 2012 Wayne, Drew and I were introduced to Linda Burn via a mutual friend. Linda told her story to us about how she founded CEF and about the difficulties young children, girls in particular, had gaining an education in Vietnam, especially those in the hard to reach areas. An education is something we take for granted here in Australia.

We were so taken with Linda's dedication to her work and the plight of some of the young children of Quang Nam Province that we decided to sponsor not just one, but two young girls, one in high school and one in primary school. This was one of the best decisions we have ever made.

As we were already in Hoi An Linda arranged for us to meet with our sponsor girls and their family members during our stay. What an impact that meeting had on us all, especially me!  ‘V’, the youngest was so tiny and sweet when we met her with her dad by her side who was so obviously unwell. And ‘K’, our eldest, who we also met, was with her sister ‘T’, and both of them were so very thin. 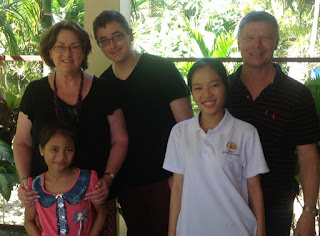 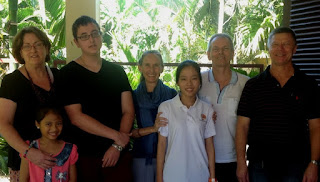 This visit made the plight of young girls in Vietnam so very real for us. Meeting these young children and knowing that we would be partly responsible for their future gave a us a sense of purpose somehow, that when we came back home to Australia we stayed in touch with Linda via email and Facebook, and continued to offer our support where possible for ‘V’ and ‘K’ and their families.