Last week four CEF staff did a research trip in Phuoc Son and visited poor families with high school students who have ‘good’ or ‘fair’ school results. Each student had a different, but difficult situation. I would like to introduce an unusual case of the Gie Trieng people, an ethnic minority community in this area. It is about ‘C’s’ family. 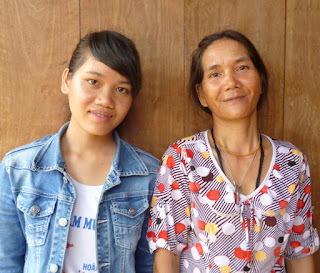 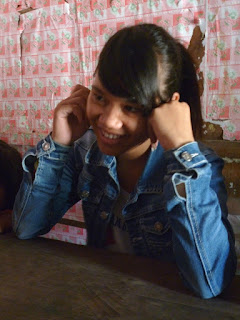 ‘C’ will be in grade 11 this coming academic year. She dreams of being a doctor. Although living in a very poor family and not having educational support, such as extra tuition, ‘C’ and her siblings study very well compared to many other ethnic minority students. Last year all of the children did well and got ‘fair’ school results. 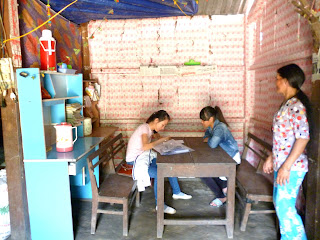 Her family is too poor to buy anything valuable. All the furniture in their house is second-hand and was donated to them by their neighbors. Her parents have 7 children. Her father died 15 years ago while her mother was pregnant with the youngest child. Since then her single mother has had to work very hard to look after 7 kids. She works as a farmer and in the forest collecting fire wood for cooking and selling. She also borrowed money from a Government bank for buying buffaloes and for supporting her children’s education. Unluckily her buffaloes were stolen. However it didn’t stop her making more efforts. She looks very thin, old, but strong. She seems to be very proud of her children when we talked to her about them. Her children also understand how difficult it is and they help their mother to do many things from housework to farming work. 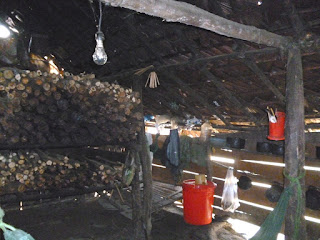 Unfortunately many ethnic minority parents don’t care much about their children’s education but ‘C’s’ mother does even though she isn’t educated. They are also responsible and therefore nervous about borrowing money from the Government and take it very seriously as they want to make sure they can pay it back.

We at CEF hope that there will be more parents like ‘C’s’ mother so that more disadvantaged children can go to school and be educated.